I did not know that some people really cared. But here is a clip on Iran's "National Car Museum". You can see the Coronation Carriages. The last Shah's Carriage is at the 6:55 minute.

A Force from Empty Space: The Casimir Effect

This vast and mysterious dark energy appears to gravitationally repel all matter and hence will likely cause the universe to expand forever.

To me that seems so much like the dualism referred to in the Zend Avesta.

This is a superb commercial. I think it must have something to do with, the subtle connection between the two sticks, and the two lines pouring down from the glasses.

Ostad Ebrahim Pourdavood - The story told by his daughter.

This clip will tell you how the language of Avesta was brought back to Iran, by the world foremost Iranologist. It is so sad to hear, that ancient Iran was better known by non Iranians, or Iranians living outside Iran, until Ostad Ebrahim Pourdavood came around.

And of course now, with the mess that Iran is in, it so important that we all find a new Spirit to recreate a new Iran. Learn and enrich your soul. Many thanks to Niloo for finding this. 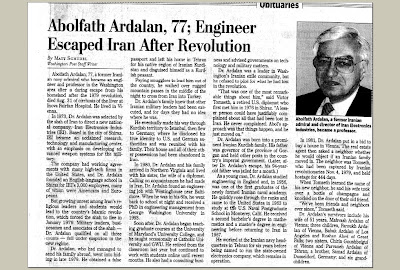 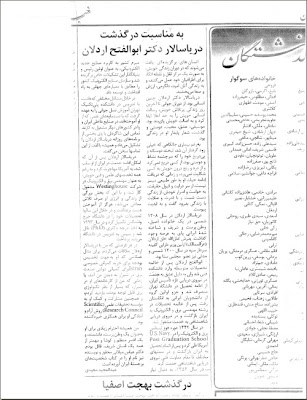 This is absolutely brilliant

click here and then hit F11 on your keyboard to see it properly.

Then click on the Now button to see the changes in births, death, world temperature, and a lot of other stuff, from the moment you clicked.

I think you will realise what is really going on in this world, that you just did not know about.

This is a lovely performance, in respect of Zoroaster, and Zoroastrianism, by Tajiks who are our distant cousins.

Gizmoz, a new way to express.

Express Yourself with Gizmoz Video Clips

Did Jesus learn what he knew from India

Go to http://www.atmajyoti.org/spirwrit-the_christ_of_india.asp and http://www.reluctant-messenger.com/issa.htm as well. And then Cayce says this "He condemned human and animal sacrifices, sun-worship, the dualism of good and evil, and the Zoroastrian priesthood. The Zoroastrian priests seized him and abandoned him to the wilderness to be devoured by wild beasts but he escapes anyway.".

If you could control time

The People of The Flame

Engineering of an Empire

Engineering an Empire - The Persians (Part 5)

Engineering an Empire - The Persians (Part 4)

Engineering an Empire - The Persians (Part 3)

Engineering an Empire - The Persians (Part 2)

Engineering an Empire - The Persians (Part 1)

The punch line is superb,

You have to be Iranian to appreciate this clip

Learn to do a nice card trick

It is not too often that you can see how obvious a card trick can be.

A lot people think Iran is all about Islamic fanatics. Think again.

This clip really brings back memories to me. Steve McQueen is my favourite.

Take a look at this website, where the author Mike Mike are trying to find the face of tomorrow, with composite photos.

Aspect and his team discovered that under certain circumstances subatomic particles such as electrons are able to instantaneously communicate with each other regardless of the distance separating them. It doesn't matter whether they are 10 feet or 10 billion miles apart.

The argument between these two guys is really funny.

Other things an iphone can do

I just love this new iPhone from Apple

The clip shows how you can move your finger across the screen and make it flip albums and zoom into photos.

But there is no bumpy feeling that you get with a normal button.

Ali Mostofi
I write on Iran and stock markets.